The first 14 best placed league clubs are automatially eligible to compete in the following year together with the 4 best placed clubs from the qualification of autumn 2018.

The format consists of inshore fleet races on short courses and is thus of strong public appeal. The organisers will provide the boats. Team switches will take place on the water. A league weekend consists of 3 days from Friday to Sunday. The series qualifies if at least 3 rounds, in other words 9 races are completed. Race management and all the necessary and required measures in the regatta area and in the club is taken care of by the hosting club.

As was the case during the last season, there will be TV coverage of the event on ORF Sport Plus. Shorter reports on the individual events are planned for this year, along with frequent coverage on Austria’s largest Web TV Sport’s portal: laola1.tv 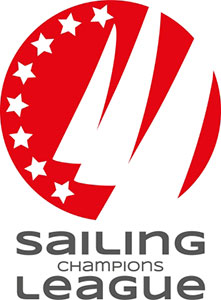 This competition first took place in 2013 and was the first time that top European clubs could compete against each other. Since then the classic competition “Club against Club” has made it possible for sailors to rate themselves in fair competition and thus the entire club is under a spell that was previously unknown in sailing.
More info www.sailing-championsleague.com