The story behind our Austrian yacht club ...

Origins of the Podersdorf Yacht Club 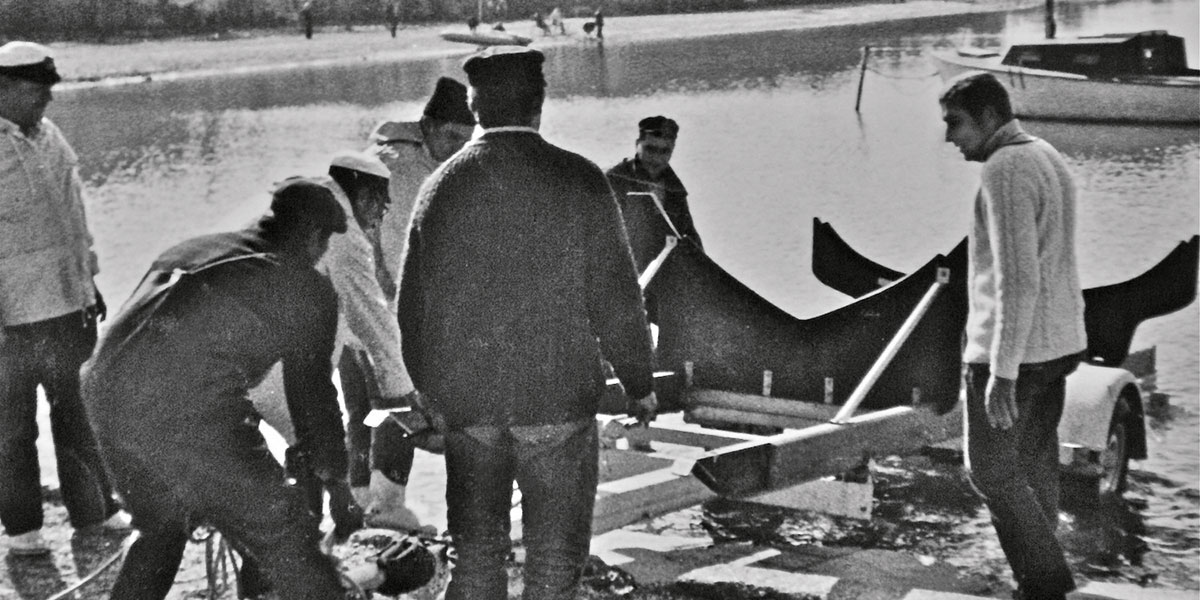 In 1962, seven enthusiastic sailors from the „Old Danube“ got together in order to extend their sailing area to the Neusiedlersee. Podersdorf, with its ideal conditions seemed a perfect location and in 1965, a piece of land for the club site was leased from the municipality of Podersdorf. 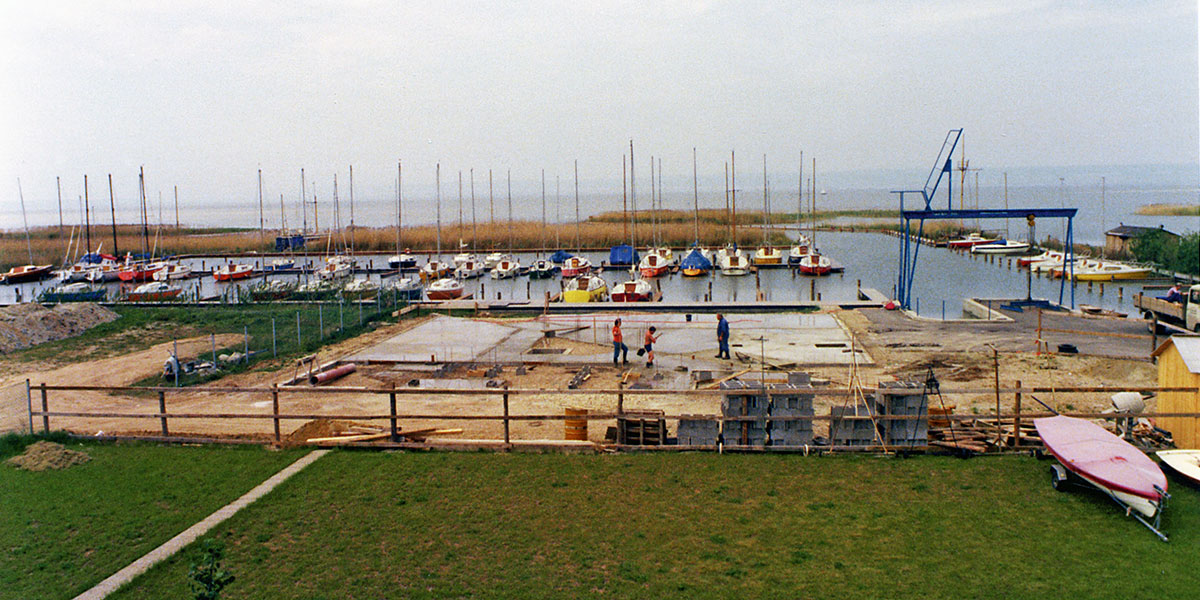 By 1974, the Club had expanded to such an extent that it was necessary to relocate to a new site, where a carefully planned project resulted in the creation of a marina, sailor accommodation and a club house. To the delight of the club members, construction of the club house was completed in 1979 and not only did it satisfy all sailing requirements, it also met all nature conservation and environmental protection standards. The project was accomplished without any external financing and solely on the initiative of the members. 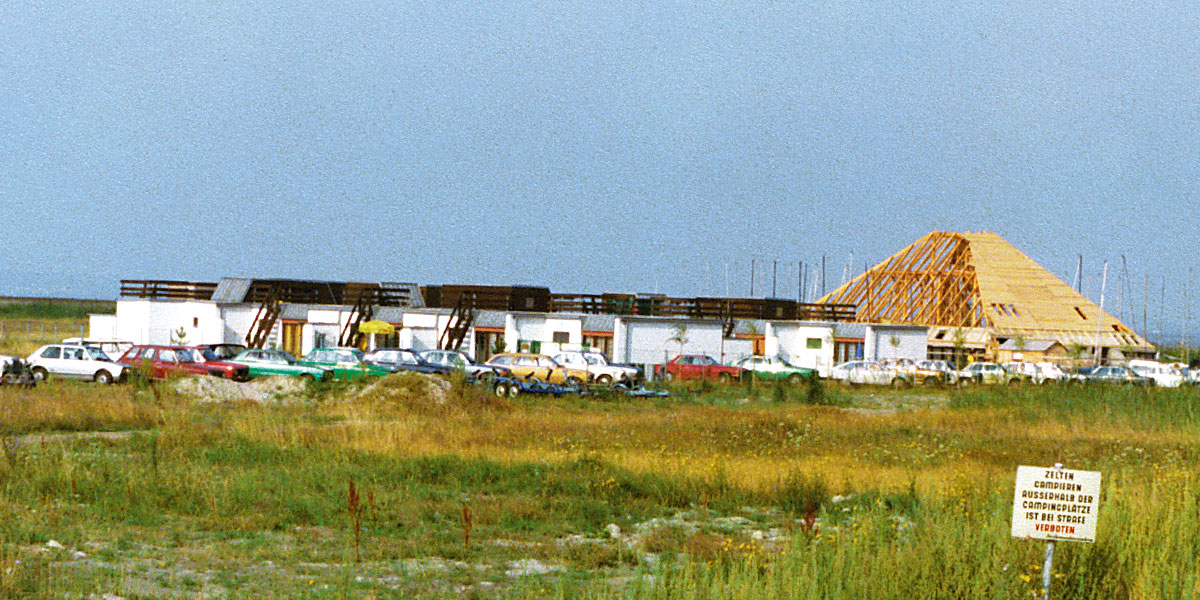 The site, which is unique in Austria, has a land area of 7,245 m2 and a water surface of 5,000 m2. The marina can hold up to 120 cruisers and 30 dinghies and there are 34 cabin-style accommodation units available for the club members. The pyramid-shaped club house is the social hub of the club, has a canteen and fulfills all the wishes of the members and their guests. 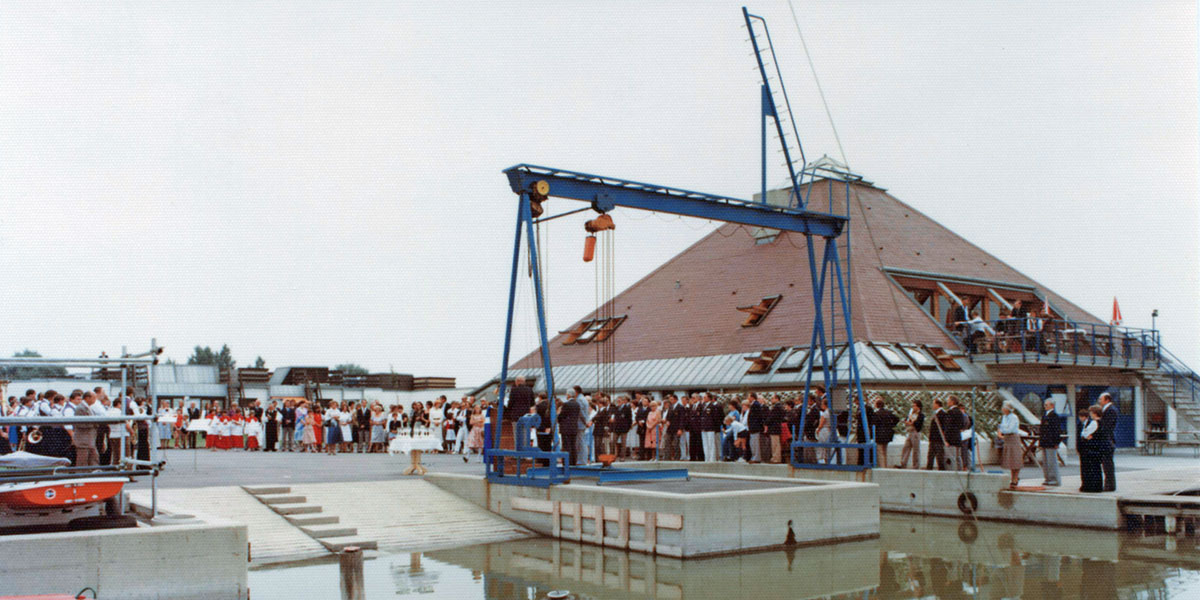 The club complex was designed by local architect Dipl. Ing. Erbstaller, himself a member of the club. His design is so perfectly integrated into the surronding landscape that seen from a distance it merges into the unmistakable panorama of the Neusiedlersee National Park. 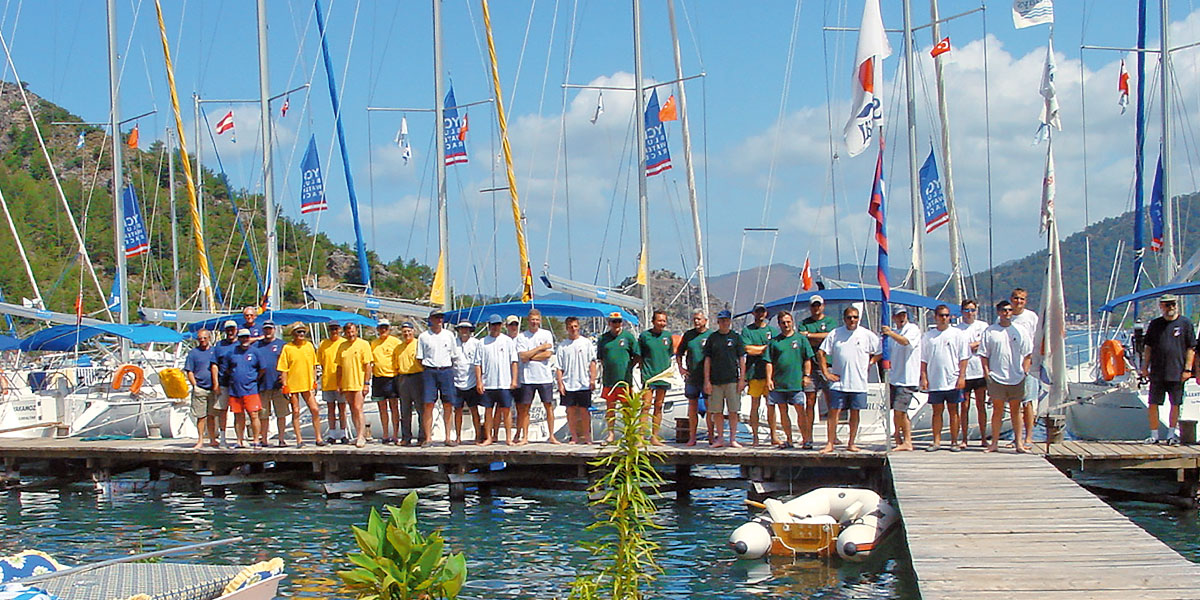 In the 90s, the club grew into a „high seas“ yacht club and the Blue Water Race, a cruising sailing regatta, was brought to life and first held in Greece, then in Italy and in Turkey and finally in Croatia. At peak times the club manned 15 charter boats and frequented almost as many tavernas. 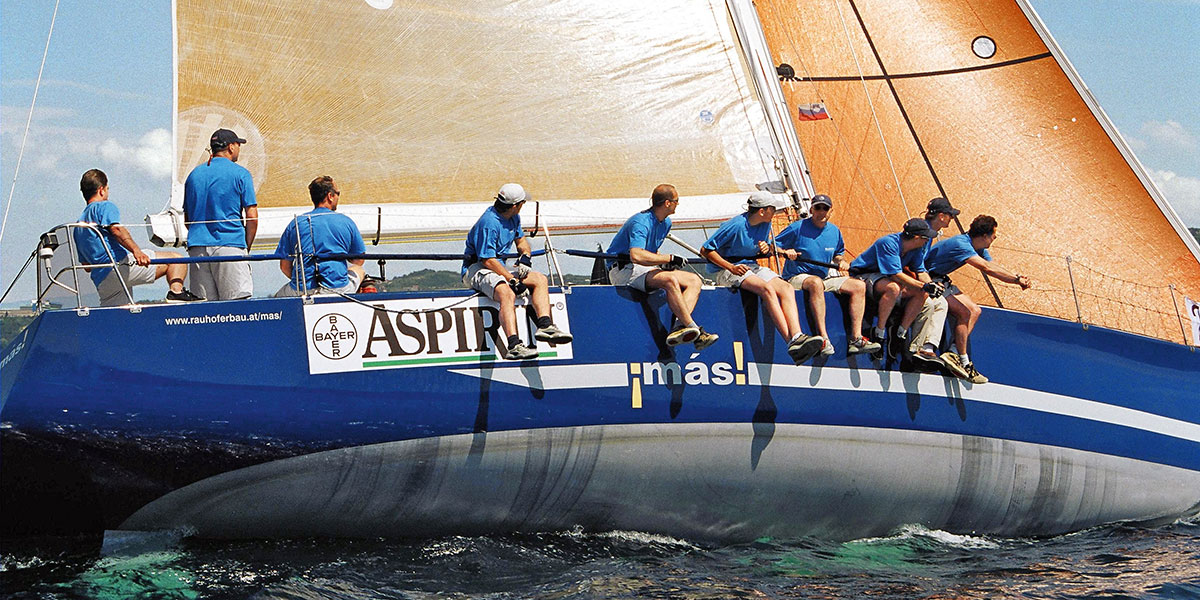 Out of this enthusiasm also arose the projects of the brothers Rauhofer, the participation in several international regattas in the Mediterranean, first on a Swan 53 and later on a Sydney 46 called ¡Más! – Spanish for more.

Young Sailors – An Investment in the Future 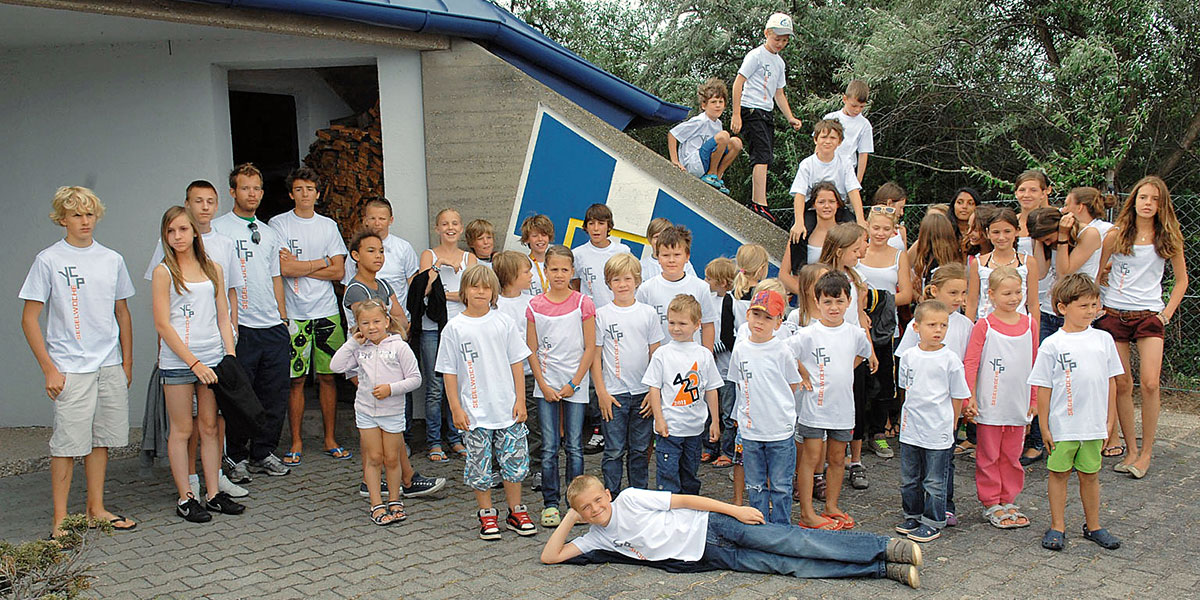 At the beginning of the new century, the club again turned in a new direction orientated towards the future. A younger generation of club members had steadily been increasing during the preceeding years and was now at an ideal age to begin sailing. Notably under the instruction of youth coach, Alexander Kohlendorfer, several young club members made it into the broader top international arena. Several Austrian Champion and National Champion titles and even Vice World Champion in Zoom8, count to the many triumphs of his work. Valentina Faihs, Alexander Kohlendorfer Jr. and Bernie Haan are only a few of the many accomplished sailors of this generation. And foremost, Angelika Kohlendorfer, who made it all the way to the top, both on an Opti and a 420er and who since 2017 is sailing her first campaign on a 49er FX, in preparation for the Tokyo Olympics in 2020. 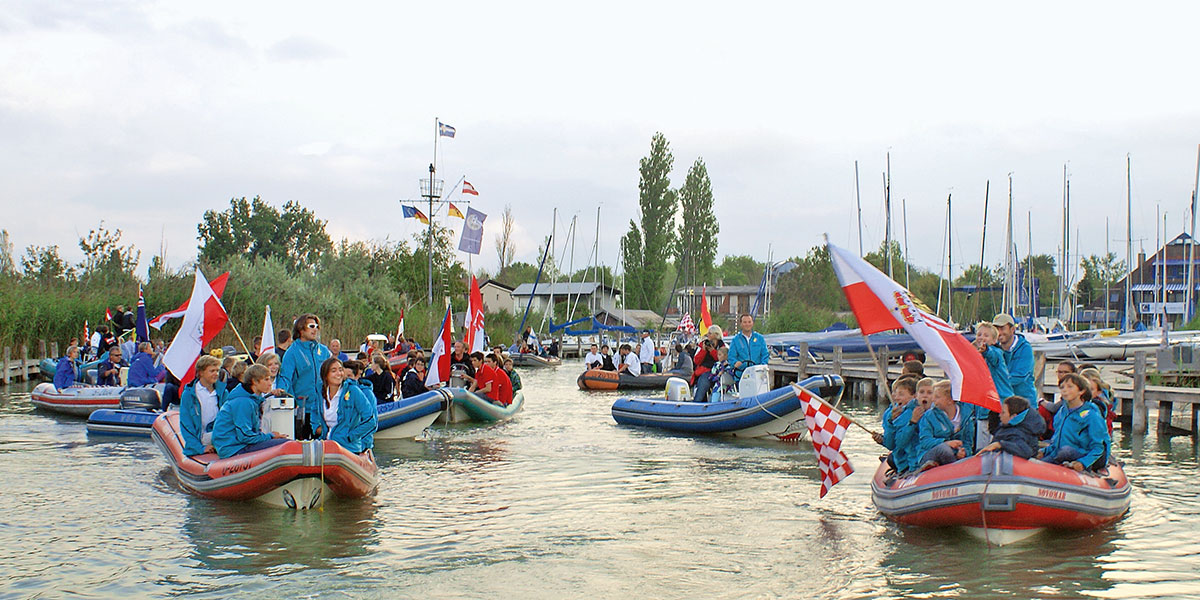 And in 2013, for the first time in its history, the Podersdorf Yacht Club held an Austrian Youth Championship.

Modernisation, Expansion and a Fire 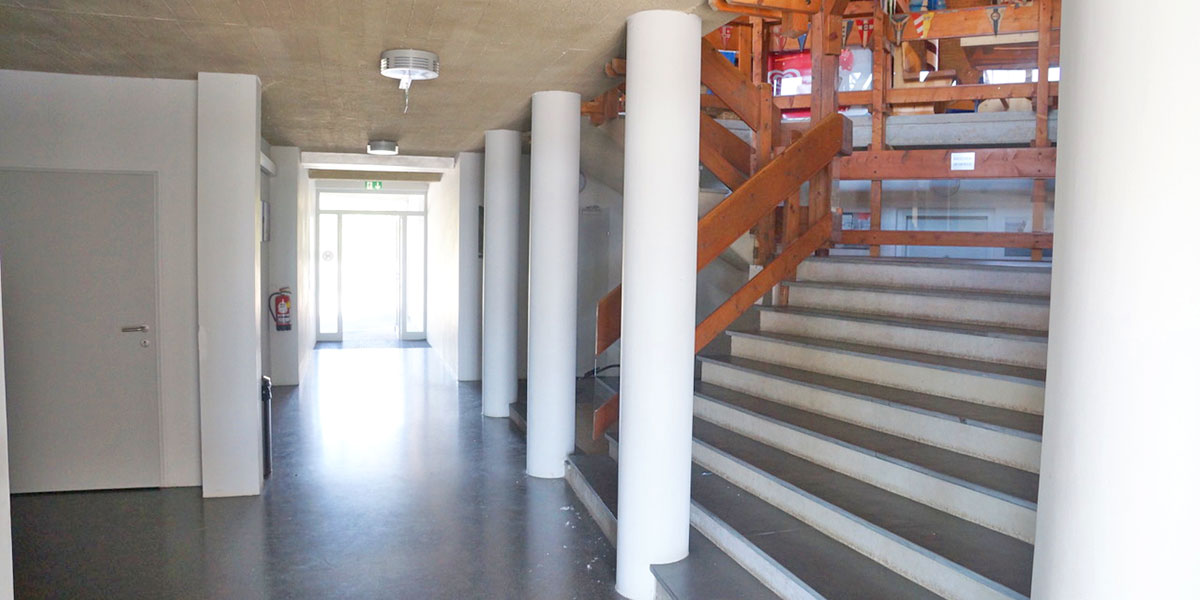 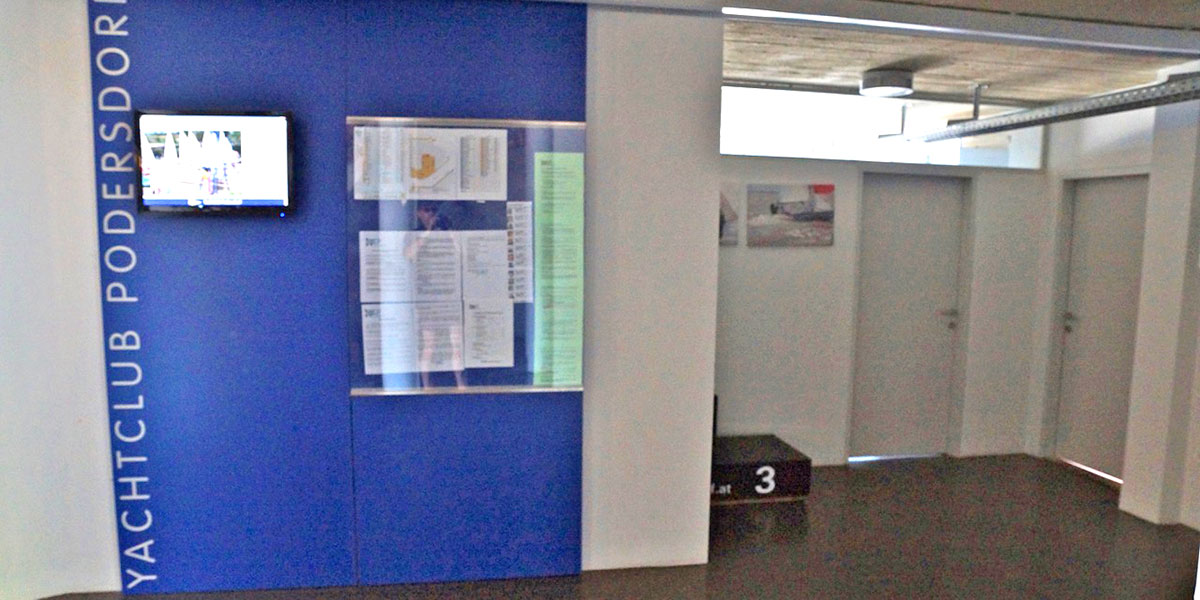 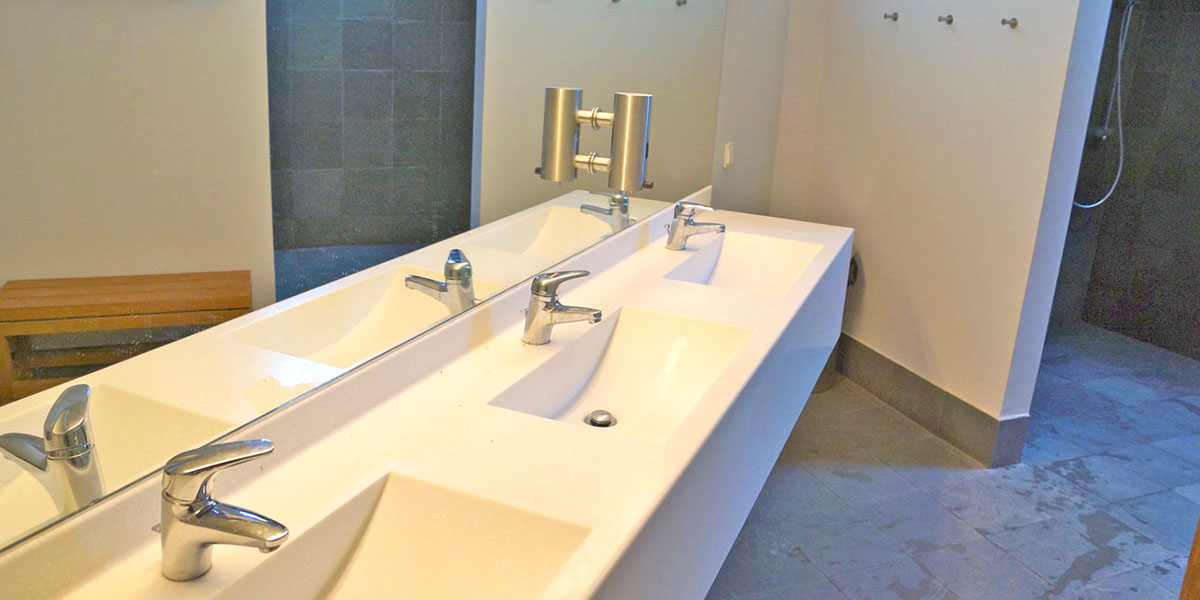 During 2008 and 2009, the ground floor of the club house was completely renovated. For the first time in 30 years, bathrooms, floors, the lobby, cloakrooms, offices and the stairway were completely renewed and modernised. In preparation for the Youth Championships of 2013, the dinghy plateau and several more jetties were also added. 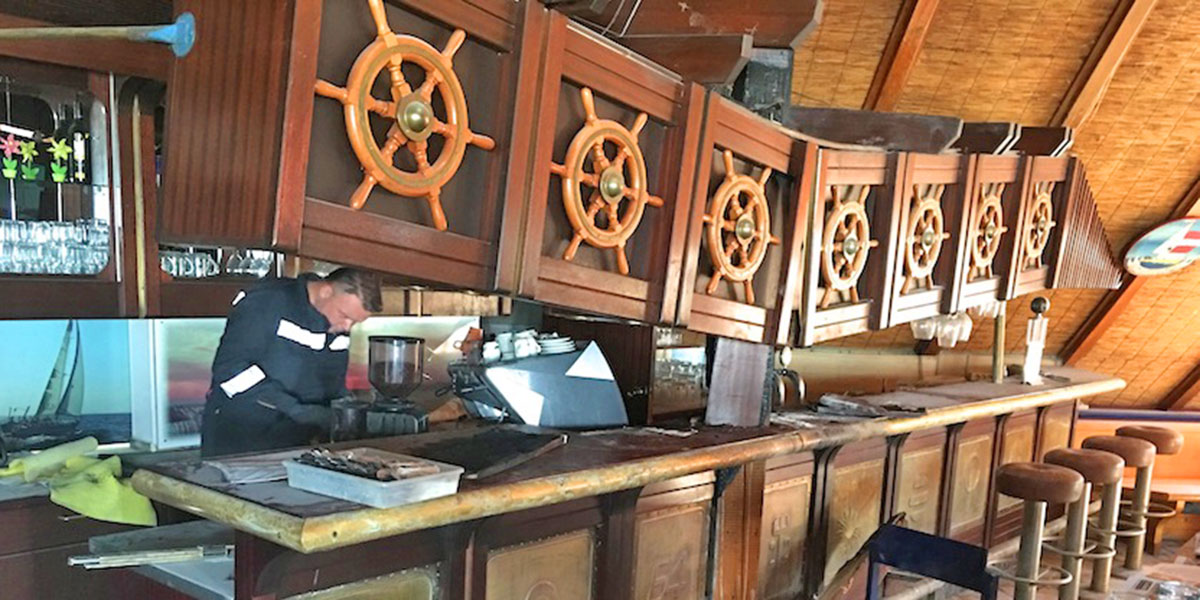 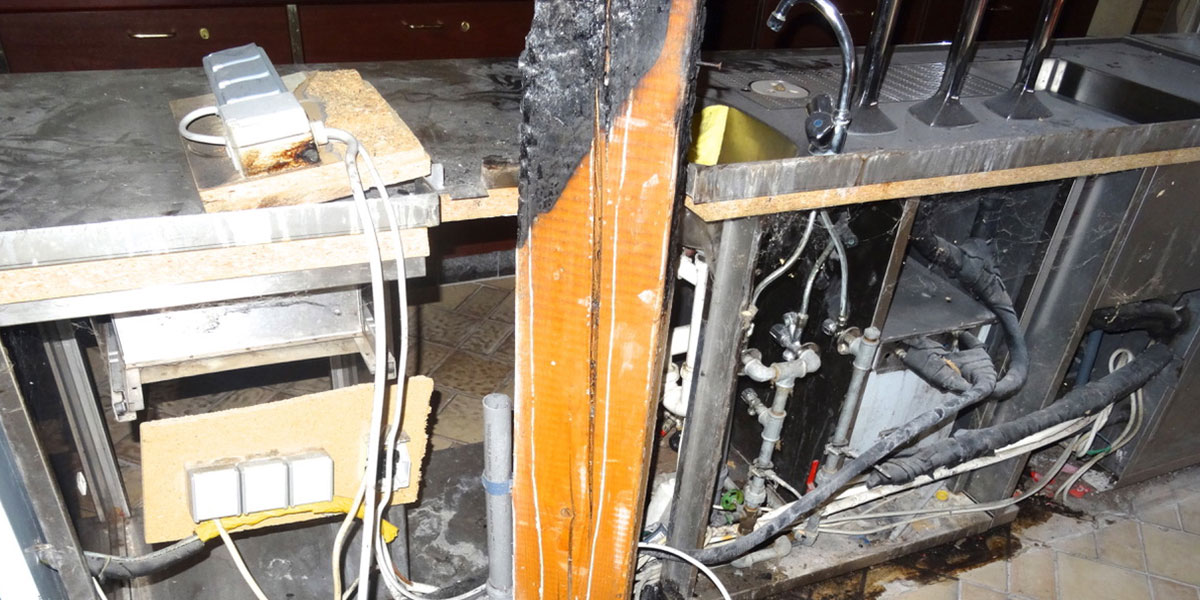 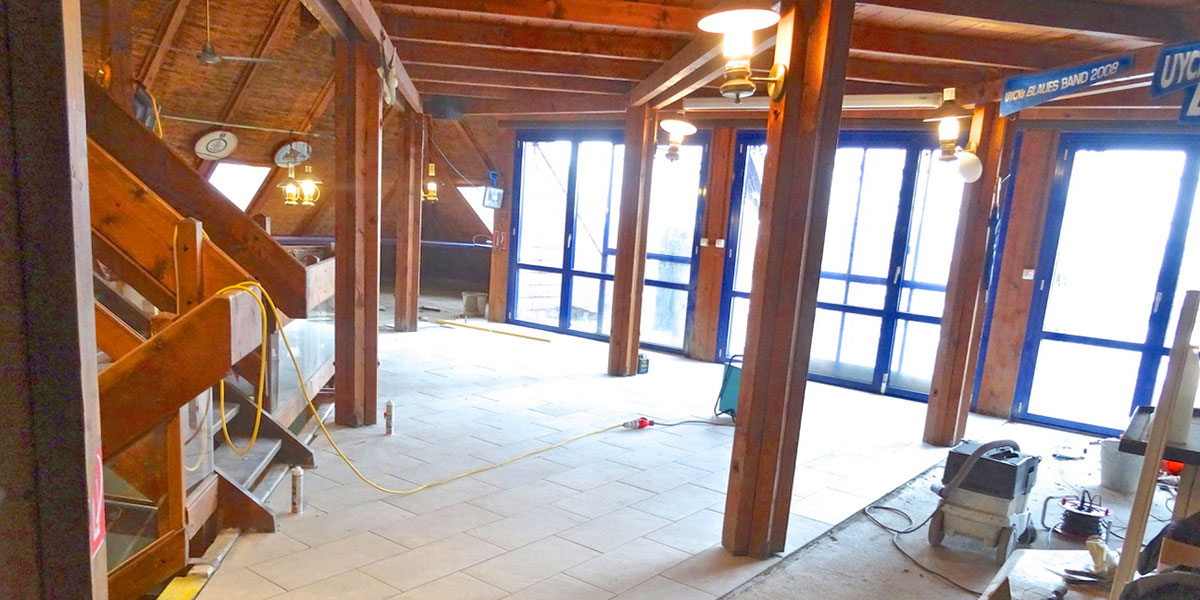 In the autumn of 2016, disaster almost struck. A fire, started by a faulty electrical cable devastated the bar in the club house. The fact that it did not turn into a raging inferno was thanks to the swift reaction of club member Roland Axmann, who happened to be in the club house and to the voluntary firemen of Podersdorf. The damage caused by the fire resulted in the third stage of renovation when the bar area, the kitchen and all the floors of the ground floor were also replaced. 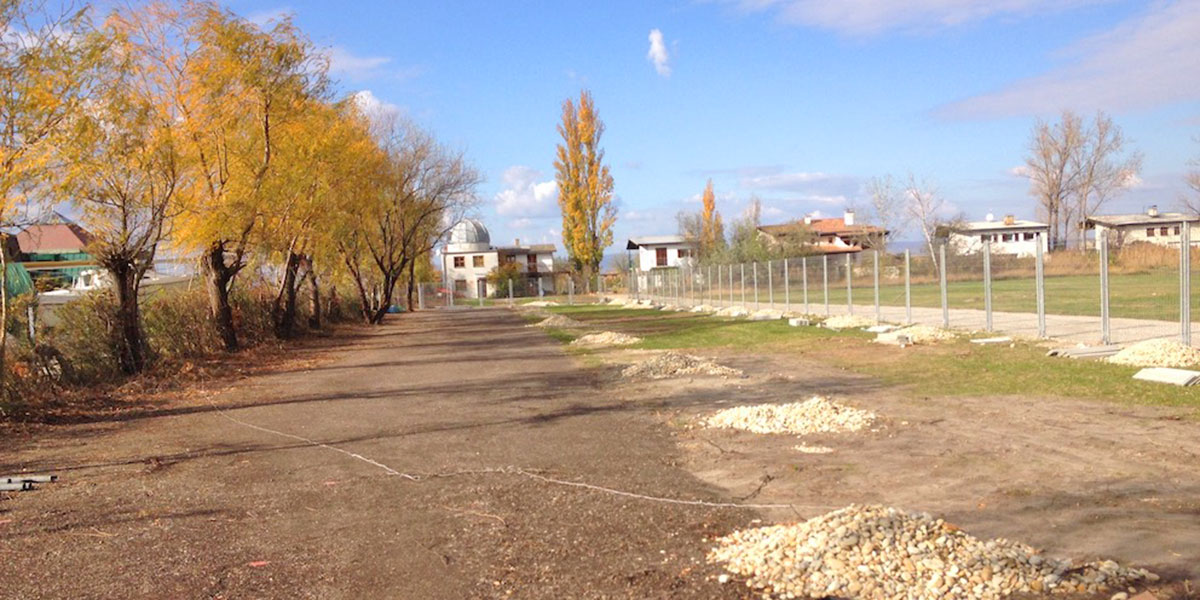 At the end of 2017, the leasing of additional land was negotiated with the municipality of Podersdorf and since 2018 the club has access to a further 2,500 m2 to the north as well as the shoreline east of the harbour. 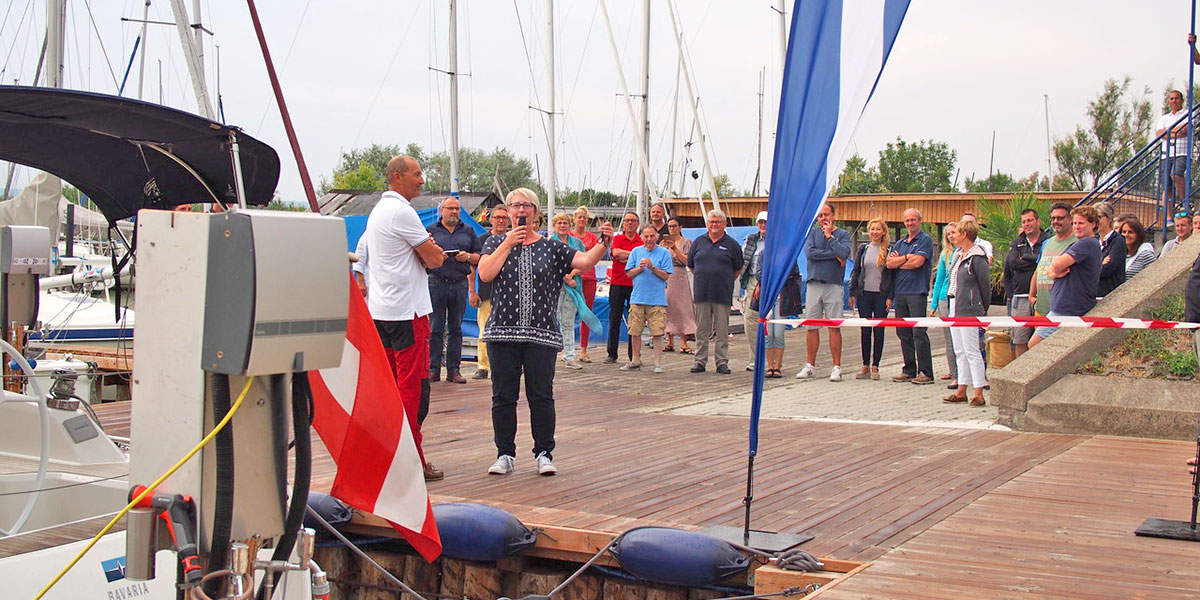 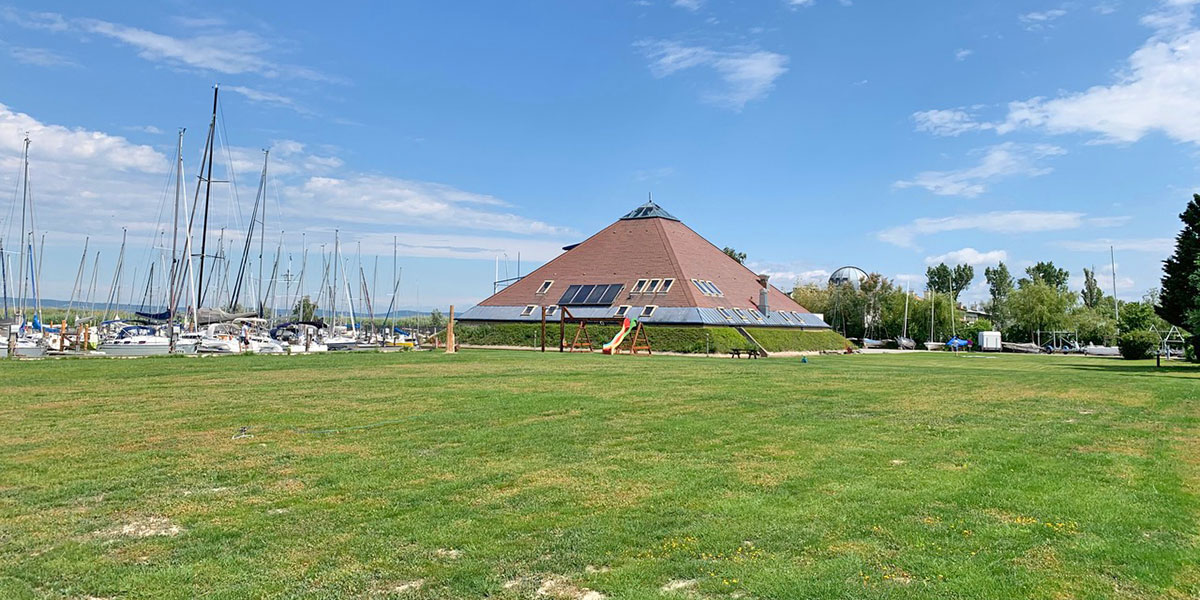 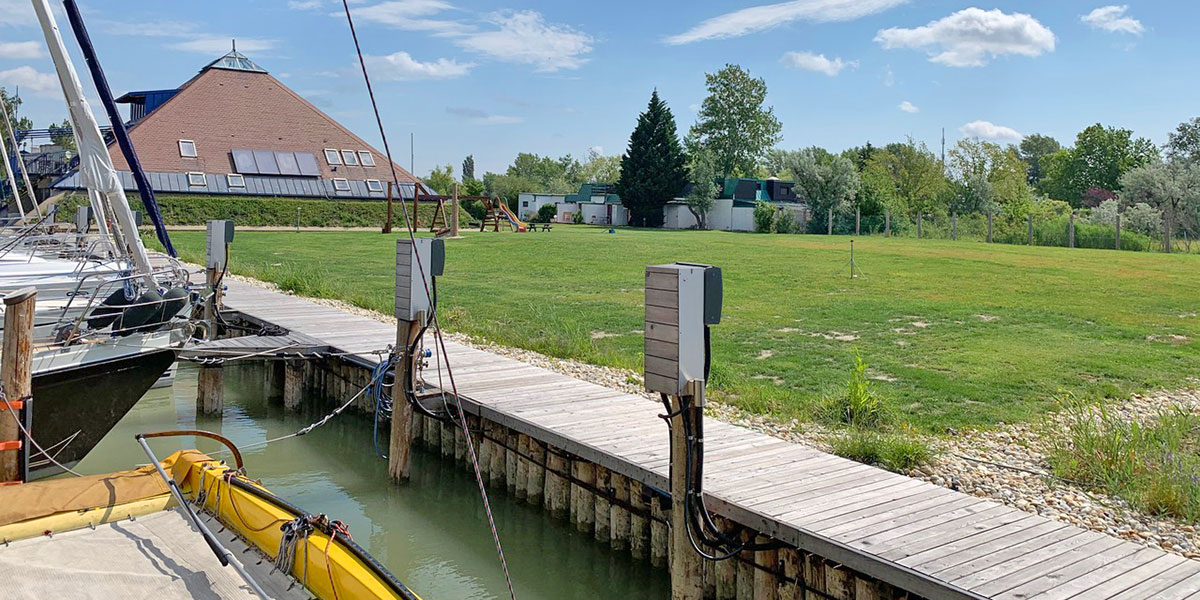 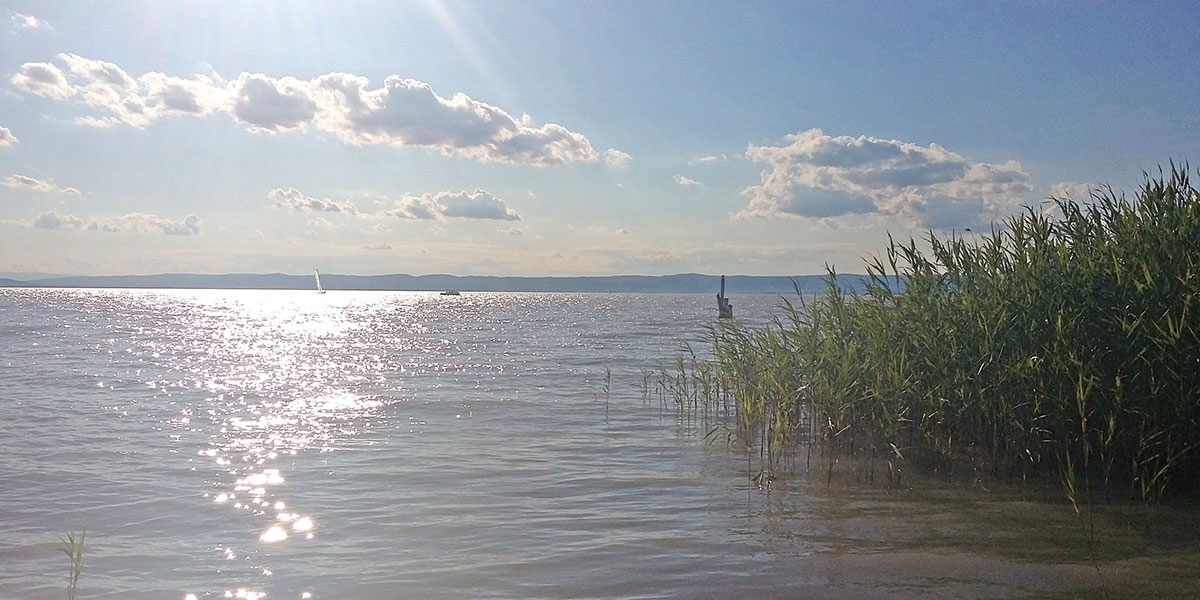 The Neusiedlersee is situated at the edge of the Little Hungarian Plain. As a result of the mild Pannonian climate and the average water depth of 1.5 m, the steppe lake warms up rapidly. Due to the favourable wind conditions, predominantly NW and S, the lake is highly rated by sailors and surfers and sailing is possible from the first days of spring until the late autumn. 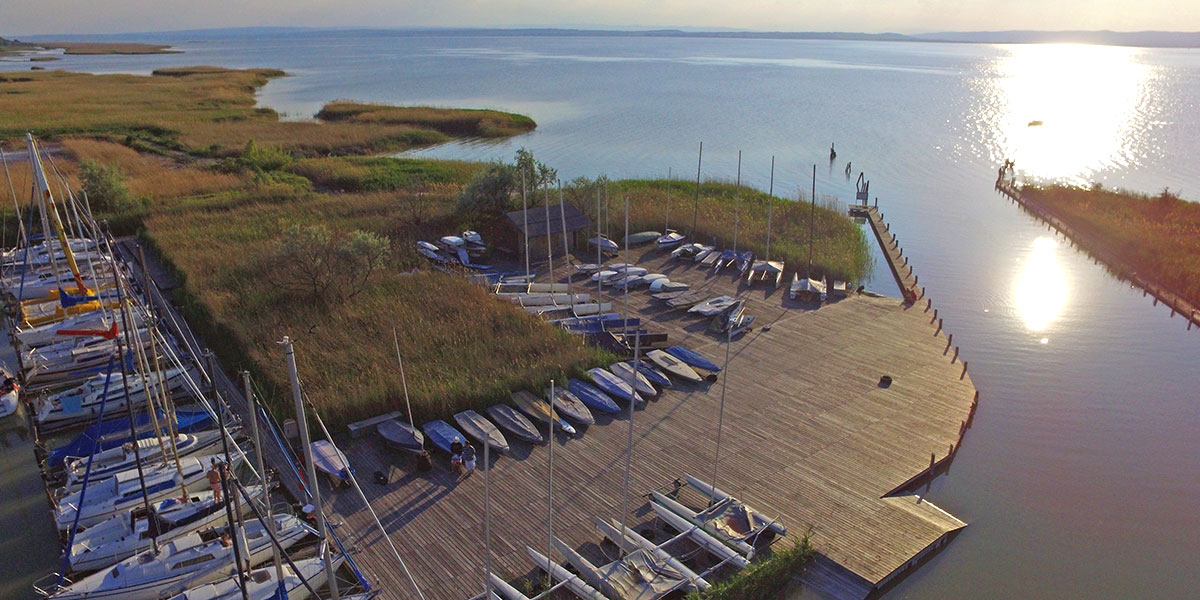 The surroundings of Podersdorf are characterised by the exceptionally attractive landscape of the Seewinkel National Park with its diversity of wildlife and vegetation.